Quebec public health said Thursday that men across the province who report sexual contact with other men, other than one exclusive partner, will now be eligible for a vaccine.

Quebec is expanding access to the monkeypox vaccine amid signs that the virus has begun to spread outside Montreal.Public health director Luc Boileau told a news conference today that men across the province who report sexual contact with other men, other than one exclusive partner, will now be eligible for a vaccine.Boileau said that until now, monkeypox vaccination efforts have been concentrated on men living in or visiting Montreal, which at one point accounted for 10 per cent of the world’s cases.While Montreal’s share of cases is no longer that high, he said authorities are worried about infections cropping up in other regions that don’t appear connected to the city.Trending StoriesVideo: B.C. hockey fight, with apparent kick to the face, under investigationGirl, 12, escapes captivity, found walking on Alabama road — leads cops to 2 bodiesHe said the province has received enough vaccine to expand access in other regions, and he urged those who might be at risk to seek a shot.Story continues below advertisementBoileau said Quebec’s overall cases are rising slowly, with 373 as of Tuesday, but he said fast action is needed to prevent a wider spread. 1:35Monkeypox: New York 2nd major city to declare emergency as cases spread across U.S.Monkeypox: New York 2nd major city to declare emergency as cases spread across U.S.White House says public health emergency declaration for monkeypox will accelerate vaccine distributionSan Francisco declares public health emergency over monkeypoxHealth Matters: Staying safe as monkeypox spreads‘I just think it’s the right thing to do’: Albertans book appointments for monkeypox vaccineFocused monkeypox vaccine campaign timed with return of Vancouver Pride celebrationsPrevious VideoNext Video© 2022 The Canadian Press 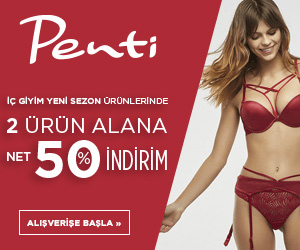