The endorsement on Friday during a press conference at Museum London comes after the Ward 7 councillor filed candidacy papers back in May.

London, Ont., Mayor Ed Holder is endorsing Deputy Mayor Josh Morgan’s run for mayor in the upcoming fall municipal election.The endorsement on Friday during a press conference at Museum London comes after the Ward 7 councillor filed candidacy papers back in May.Morgan’s campaign announcement came two days after Holder announced he would not seek a second term as mayor, and would instead retire from political life at the end of the current council term.During the press conference, Friday morning, Holder spoke about Morgan’s ability to bring people together.“Publicly and privately, I have seen him work with provincial and federal government representatives, colleagues of different backgrounds and political ideologies, agencies and outside organizations, sometimes with competing interests,” Mayor Holder said.Story continues below advertisement“Josh is able to bridge these divides, and because of that, most importantly, he produces results. He’s able to do this because he doesn’t take things personally, he can disagree without being disagreeable, and he works relentlessly on behalf of all Londoners.”I’m at @MuseumLondon where Mayor Ed Holder has officially endorsed Josh Morgan’s bid for mayor in London’s 2022 municipal election #LdnOnt pic.twitter.com/rPZtD5k1R3— Andrew Graham (@andrewjwgraham) August 5, 2022Read more: Deputy Mayor Josh Morgan enters London, Ont. mayoral raceHolder said the traits and characteristics Morgan exhibits are similar to his own approach as mayor, including supporting affordable housing and public transit infrastructure, creating job growth, a climate emergency action plan, and supporting the creation of an anti-racism and anti-oppression division at City Hall to drive systemic change.Trending StoriesGirl, 12, escapes captivity, found walking on Alabama road — leads cops to 2 bodiesBrittney Griner found guilty of drug possession, sentenced to 9 years by Russian courtStory continues below advertisement“If we want our city to succeed, we need a mayor who can hit the ground running on day one. Josh Morgan is that mayor. We need a mayor who won’t fall victim to distractions, or petty politics, and will instead focus and deliver on important issues. Josh Morgan is that mayor,” Holder told reporters.Morgan’s political team includes former city manager Martin Hayward, who will serve as a senior adviser on Morgan’s campaign, as well as campaign manager Ryan Gauss, the director of operations and personnel for London North Centre MP Peter Fragiskatos.Morgan, 44, has served as Ward 7 councillor for two terms and was first elected in 2014. He was elected deputy mayor by council in 2020, after being nominated for the role by Holder, replacing Ward 4 councillor Jesse Helmer.As of Friday, the father of four is one of eight registered candidates running for mayor. The others include Sean O’Connell, who previously ran for mayor in 2018 and for the Ward 14 council seat in 2014 and former London-Fanshawe Liberal MPP Khalil Ramal, who served from 2003 to 2011.Nominations are open until Aug. 19.Civic elections will be held in all municipalities across the province on Oct. 24.— with files from Global News’ Andrew Graham, Matthew Trevithick, and Amy SimonAdvertisement© 2022 Global News, a division of Corus Entertainment Inc. 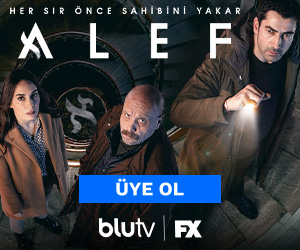